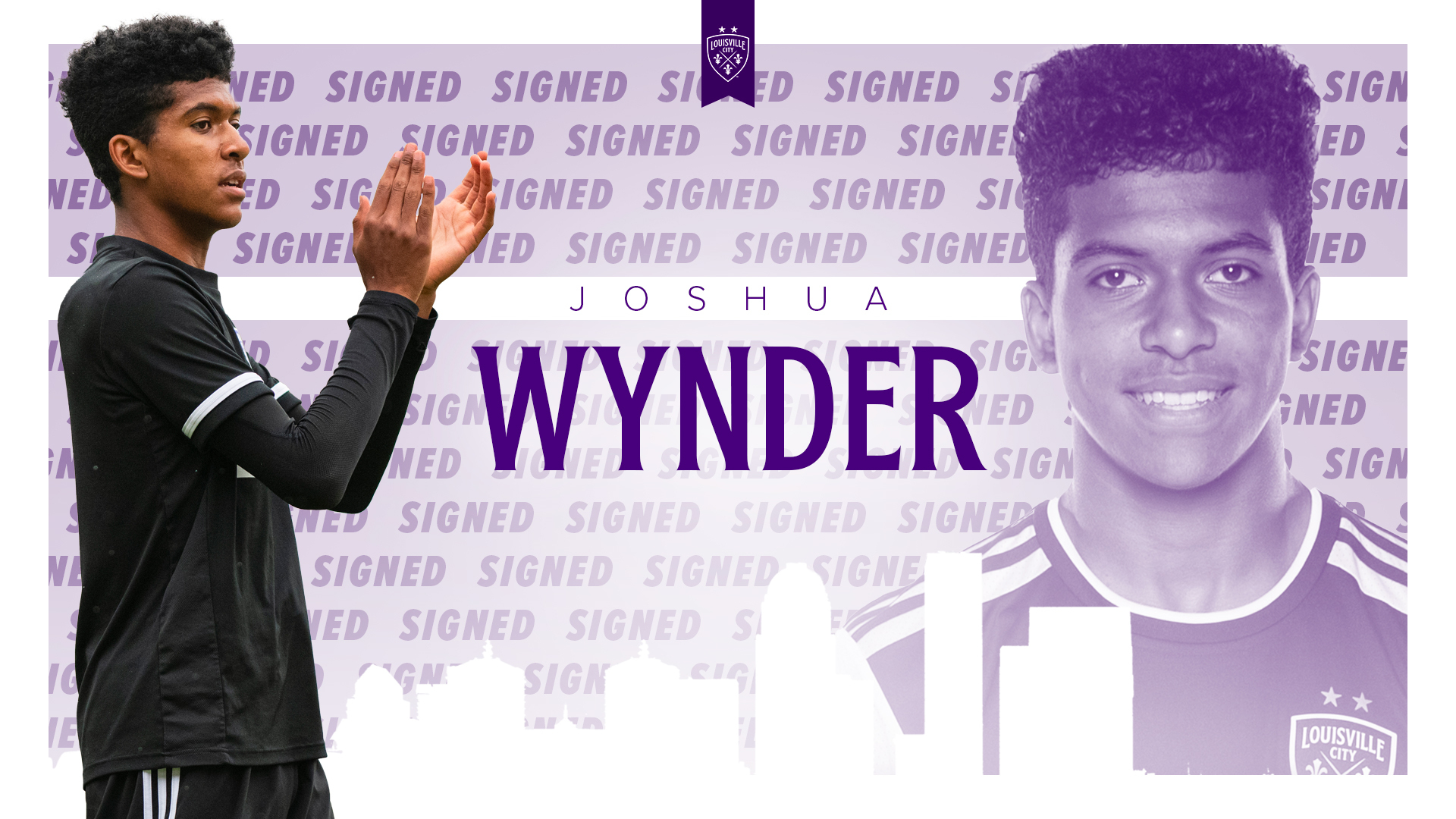 Oldham County resident Josh Wynder dreams of playing soccer at the highest levels in Europe. The 16-year-old defender has decided to use his hometown club to get there.

Wynder signed a professional contract with Louisville City FC, the club announced Tuesday, making him the second player to complete the local path to pro following his older brother, Elijah, who’s also a member of the current roster.

“He’s done an excellent job each day, but he also wants to learn and get better,” Cruz said. “From a soccer standpoint, he’s playing well beyond his years. His size, athleticism and most importantly his composure on the ball are all things that have impressed us. We’re excited for his future here.”

Since the LouCity Academy’s launch, Wynder has featured against players his senior, competing regularly with the club’s most elite squad, the U-19 age group.

In February, he was also among seven youth standouts to sign USL Academy contracts permitting players to train with and play for the first team but not forego amateur status. Wynder’s new professional deal marks another step in his career’s ascent.

“Having seen Elijah do this, it’s been a dream to follow in his footsteps,” Wynder said. “I’m familiar with the players in this locker room from coming out to watch every single game, and now being around them is awesome. Knowing the coaching staff and where I want to get, they’ve helped push me harder.”

In recent weeks, Wynder received an invitation to the U.S. Youth National Team Regional Identification Center in Indianapolis, putting him on U.S. Soccer’s radar. He has also appeared regularly on Cruz’s team sheet, available for LouCity’s USL Championship games as a substitute.

“This goes back to looking at what we’re trying to do with the club and the integration with the academy,” Cruz said. “I get excited every single time we pull a kid up, even if it’s just for training. The day we’re able to sign a player is a special moment for the club.”

“I’ve seen how excited my family and friends are,” added Wynder, who came up through the Ohio Elite Soccer Academy-Kentucky, now known as Elite FC Louisville, before joining the LouCity Academy. “I can tell a lot of academy players are looking at me, just because they know that they’re where I was a year ago, and they can make it here if they keep working.”