It will become a trend as COVID-19 restrictions continue to loosen, allowing in-person recruiting. 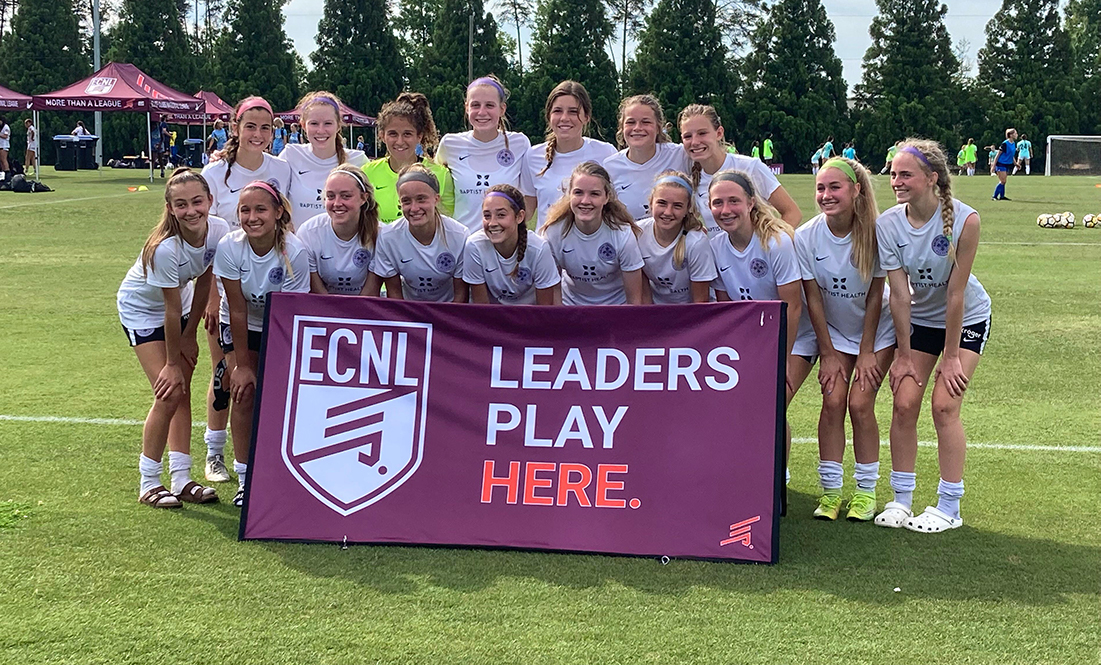 Last weekend at the ECNL North Carolina National event in Greensboro, N.C., college coaches from all levels, including NCAA Division 1, were out to watch players from the world’s top girls youth soccer league compete. Racing Louisville FC’s academy had its 2006, 2005 and 2004 Purple teams in action with 900 college staffers in attendance.

“This is a huge advantage to being a part of this outstanding league,” said the Racing academy’s director of coaching, Tim Nowak. “I am so happy for our players and families. They have worked so hard over the last year and to now have the opportunity to showcase that work in this environment is amazing. I am excited for all of the Racing players to enjoy this same experience in the coming season.”

The three Racing academy teams went 4-4-1 overall on the weekend.

“The environment in North Carolina this weekend was incredible,” said  2004 player Lilly Andres. “Being able to compete against some of the best girls in the nation while also showcasing ourselves in font of so many college coaches made for a really competitive environment. Looking over and seeing all of the coaches watching made every player push harder and compete to the very best of their ability.”

Looking ahead to the 2021-2022 season, the ECNL plans to host its traditional full slate of national events, a hotbed for in-person college recruiting. In addition, the ECNL has announced that beginning next season the league will also be adding National Events for ECNL Regional League teams, the platform where Racing Black Academy teams compete.

“This league continues to find ways to grow and provide wonderful opportunities for these young women,” Nowak said. “Adding the ECNL RL National Showcase events is a great opportunity for all Racing Academy players to get first-class exposure and opportunities.”

After this weekend’s event in North Carolina, the Racing Academy will have two teams, 2006 Purple and 2005 Purple, in position to qualify for the ECNL Postseason competition. With other ECNL conferences still finishing their schedules, these two teams stand to compete in the Open Cup from July 1-7 in Lakewood Ranch, Fla.