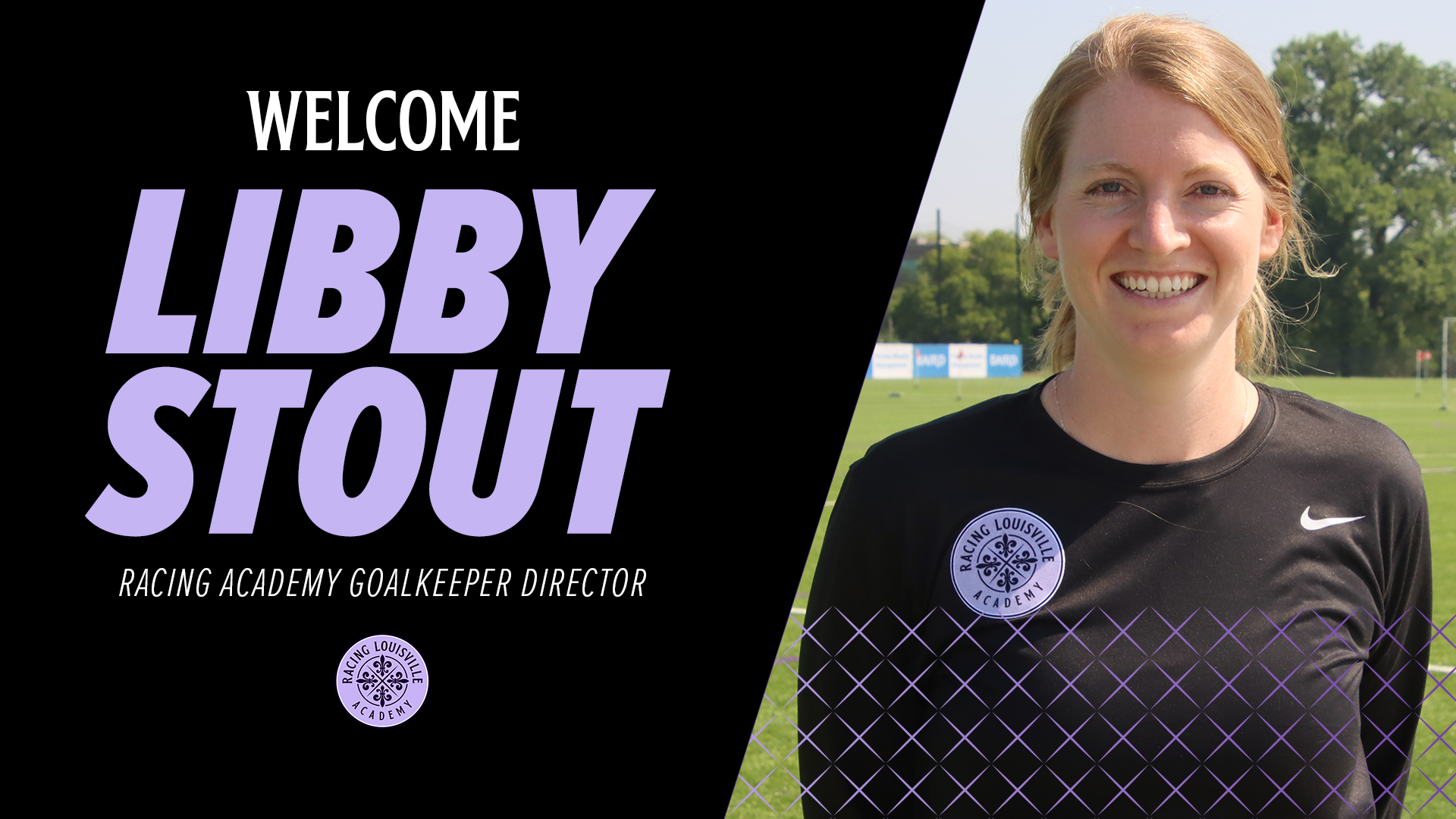 Racing Louisville FC’s youth academy has tapped a local native who played between the posts at the highest level as its first Goalkeeper Director, it was announced Wednesday.

Libby Stout most recently helped Southern Illinois University launch its women’s soccer program as an assistant coach there since 2018. The Louisville native will now have the chance to mentor a number of players who were once in her shoes.

“I am excited to help develop some younger goalkeepers,” Stout said. “It’s a good transition going from college back to a youth setting, and I’m thrilled to represent Louisville in this way.”

A DuPont Manual graduate, Stout starred collegiately at Western Kentucky University, where she was an All-American while setting school records for wins, shutouts, goals against average and save percentage. Her 39 career shutouts still rank among the most all-time in NCAA Division I history.

As a professional, Stout made stops in France, Germany, England and Cyprus. In 2014, she was a member of a Liverpool squad that won the league title while captained by current Racing first team defender Gemma Bonner. Stout also played in 2016 and 2017 for the former Boston Breakers of the NWSL.

“We are extremely fortunate to add Libby Stout to our Racing Academy staff," said Academy Director Mario Sanchez.  "Libby’s experience both at the international level and the domestic level will provide our academy goalkeepers a learning experience which can’t be matched. Libby’s leadership and knowledge go perfect with our mission and vision of the academy and will provide our goalkeepers the opportunity to pursue their goals and ambitions to play at the highest levels of the game.”

Stout holds a level three goalkeeping diploma and has her eyes set on earning her U.S. C-License. Additionally, she has run her own personal goalkeeping business since age 18.

“Adding an individual to our staff with Libby’s professional experience and knowledge is another example of Racing’s commitment to player development,” said the Racing Academy’s director of coaching, Tim Nowak. “Libby has played the game at the highest levels and trained in some of the most intense environments. Her ability to relate to our Racing Academy goalkeepers while also preparing them as she has prepared will help bring our teams to a whole new level of performance.”

“I get to be somebody for those kids that maybe they don’t have,” Stout added. “Especially being a female and getting to work with younger girls, I take a lot of pride in that. I think I can be a role model for them and hopefully make it fun. I love the position and I hope I can make it a fun experience for them and help them develop as keepers as well.”

The LouCity and Racing academies began play in 2020 with about 700 girls and boys wearing the colors and crests of their respective first teams. Both compete within the Elite Clubs National League, a premier youth circuit, and house operations alongside the professional clubs within the new soccer training facility at Champions Park.