LouCity Academy ranked No. 11 in ECNL's Top 25 after inaugural year

The club was one of two to see all age groups U-13 through U-19 reach the playoffs. 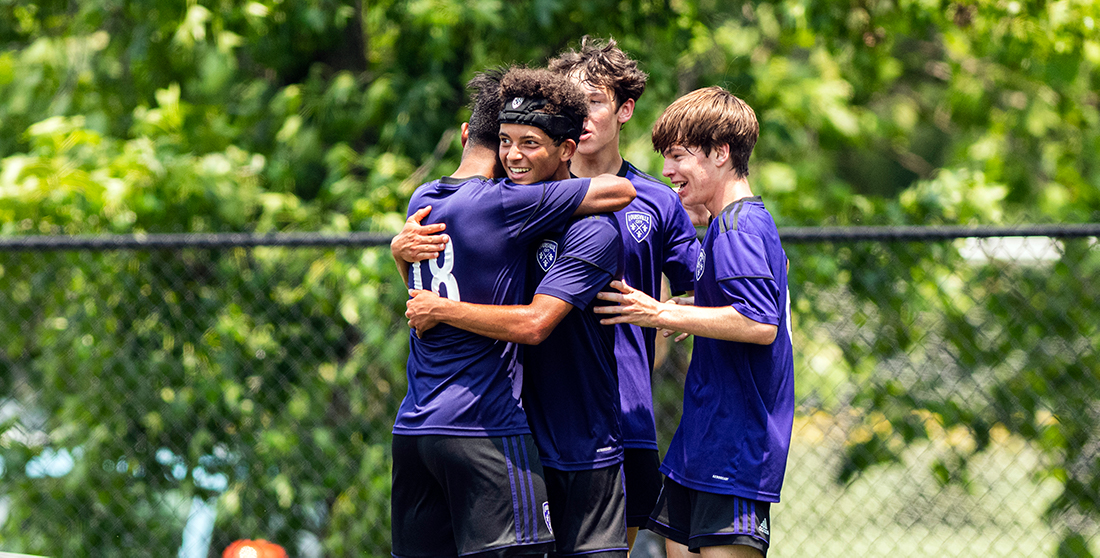 The ECNL’s Top 25 was set in order of point totals across ECNL competitions and saw LouCity listed above, among others, youth systems for Major League Soccer’s FC Dallas and Houston Dynamo.

“It’s a huge accomplishment for our club, the staff, the players and the families,” said academy director Mario Sanchez. “In the first year of existence in a great league to get into the Top 25, I couldn’t be prouder. It goes along with what we have done since day one to be the best academy in the country. The results have shown it, and now we must continue to grow and get better.”

LouCity’s youth program — which operates alongside the Racing Louisville FC academy — began play in the fall of 2020, with the ECNL widely recognized as the nation’s leading youth soccer development platform. The local academies are fielded with a mission to provide a pathway to professional, collegiate and national team opportunities for their players.

Brothers Elijah and Josh Wynder have already graduated from the academy to sign pro deals with the USL Championship first team. LouCity was also one of only two clubs to be represented by each age group — U-13 through U-19 — in the ECNL playoffs.

“That is something that we are extremely proud of,” Sanchez said. “We have an approach that encompasses all age groups. That to me is a sign of development. We are not picking one or two age groups but from the little ones up, they are getting what they need to be the best players they can be.”

Along with ECNL competitions and other tournaments, LouCity fielded a USL Academy League squad in 2021, gathering its top talents from across age groups, many of them well-known all-state performers on their high school squads, to compete in a nine-game campaign. The season could eventually grow to match the USL Championship in breadth, providing a top-flight reserve league for pros to log needed minutes and young talent to prove itself.

“Ultimately, we want our kids from the greater Kentuckiana area to have the best opportunities and development,” Sanchez said. “To see the growth and to see the success, I couldn’t be prouder for the club. Now, it is making sure we continue to grow.”

The LouCity and Racing academies will look to build off their momentum in a second ECNL season kicking off in September for age groups U-14 and younger. Older players return to competition in October and November.