The 16-year-old was on the bench Saturday as the club won The Women's Cup. 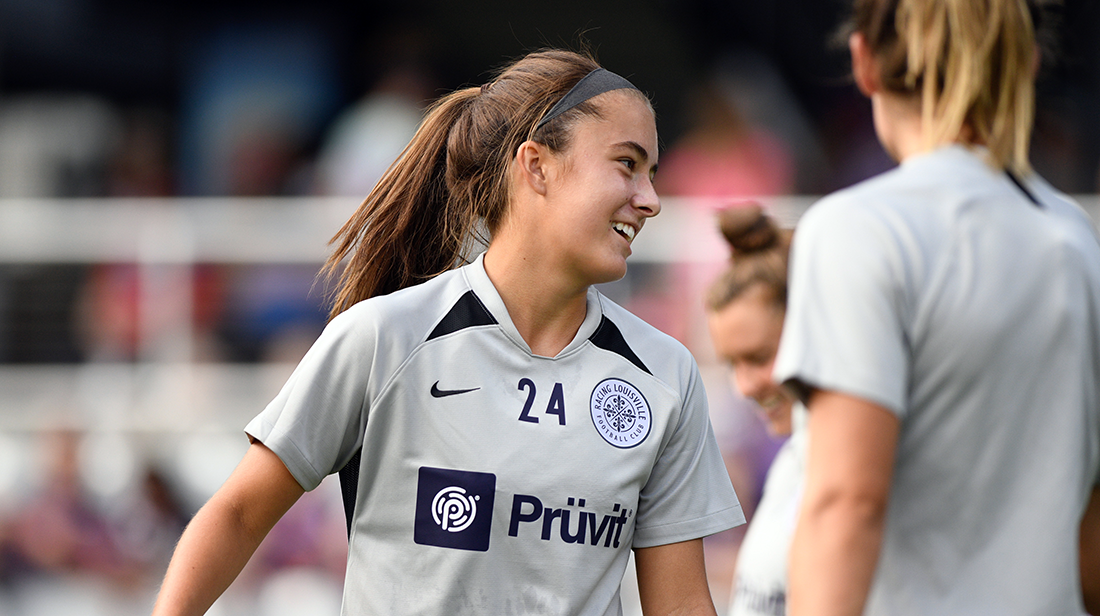 Racing Louisville FC’s youth academy hit a milestone moment over the weekend when 16-year-old Ella Sanchez appeared on a game day roster for the first team.

Sanchez became the first academy player to be available for selection, warming up and sitting on the bench during The Women’s Cup final victory over FC Bayern Munich.

“We are so proud of Ella and happy for her to have this experience,” said the Racing Academy’s director, Tim Nowak. “Ella has worked extremely hard to earn this opportunity. To see her in uniform, on the sidelines and celebrating a championship with the first team was such a special moment and one that we look forward to seeing for many years to come for many of our Racing Academy players.”

While Sanchez didn’t appear in the game, she was part of history as Racing drew Bayern 2-2 in regulation and won a penalty kick shootout that went 11 rounds. The ladies in lavender raised their first trophy as a result.

“We are beyond excited and proud of the work that Ella has put in to get herself at a level where she can train daily with the first team,” said Racing’s head coach, Christy Holly. “For her to sit on the bench against one of the most iconic clubs in the world is a statement of where this club wants to go with their youth development. We hope this serves as an inspiration to many of our young players in the Louisville area that there is a pathway there for any young, aspiring soccer player.”

This was just another first for Sanchez, also an All-State standout for Ballard High School. Back in February she earned a call up for a United States U-17 National Team Women’s Virtual Camp.

Last Saturday, we dressed one of our own for the first time ever as we raised our first trophy.