He started recently with a focus on the U-11 to U-14 age groups. 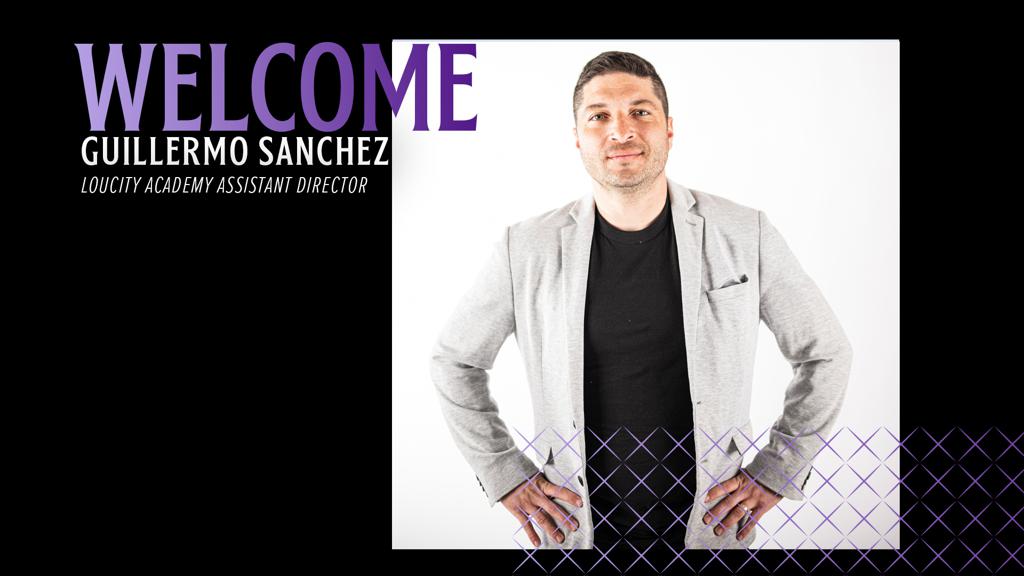 The Louisville City FC Academy has appointed Guillermo Sanchez as assistant boys director, adding another member to its staff with both professional playing and coaching experience.

Sanchez, who previously served as an assistant to Soccer Holdings Interim President James O’Connor during their time at Major League Soccer’s Orlando City SC, started recently as a full-time coach for the academy program plus oversees a handful of its age groups.

The 39-year-old — who holds a USSF A License — is working in tandem with boys director Luke Spencer and Mario Sanchez, who heads both the LouCity and Racing Louisville FC youth academies.

“We’re excited to add Guillermo to our full-time coaching staff and specifically to oversee the U-11s to U-14s," said Mario Sanchez. “His expertise in youth development will continue to push our pathway for our younger players and help them prepare for the next in their journey as they enter into the high school age groups.

“We’re looking forward to Guillermo’s work with our young players, and I think we will see the fruit of his labors in years to come.”

Well-traveled both as a player and coach, Guillermo Sanchez was born in France, raised in Venezuela and moved to Denmark at age 17 as an exchange student. At 20, he arrived in the United States to compete collegiately for NAIA side Graceland University, where he also earned a degree in psychology and modern foreign languages.

Upon graduation, Sanchez returned to Venezuela to play professionally before returning to Graceland to coach his alma mater, where he stayed for seven seasons — first as an assistant and then head coach. Sanchez went on to coach top-flight Venezuelan club Deportivo Tachira (2014-15) before stops at clubs in India (Northeast United, 2015), Paraguay (Cerro Porteño, 2016) and Bolivia (The Strongest, 2016).

Once work then took Sanchez to Greece, a background in sports psychology — he holds a master’s degree — opened a door to join Orlando City’s Staff in 2017 as head performance analyst and mental coach for O’Connor’s MLS squad. He was elevated to assistant coach from 2018-2019.

Sanchez arrived to Louisville off a 2020 stint in India with Kerala Blasters before spending 2021 with Chicago House AC, which formerly competed in the National Independent Soccer Association.

“I’m very excited and thankful for the opportunity as I’m a strong believer in constantly growing,” Sanchez said of his latest adventure. “I’m very impressed with the growth mindset culture that has been established by the leadership in here.”

LouCity’s youth academy, established in 2020 along with the Racing Louisville FC program for girls, provides high-level playing opportunities for those in the U-5 to U-19 age groups. The academies operate with a vision to develop more professional, collegiate and national team players than any peer in the U.S.