The Ballard High School senior will also receive a scholarship as part of his contract. 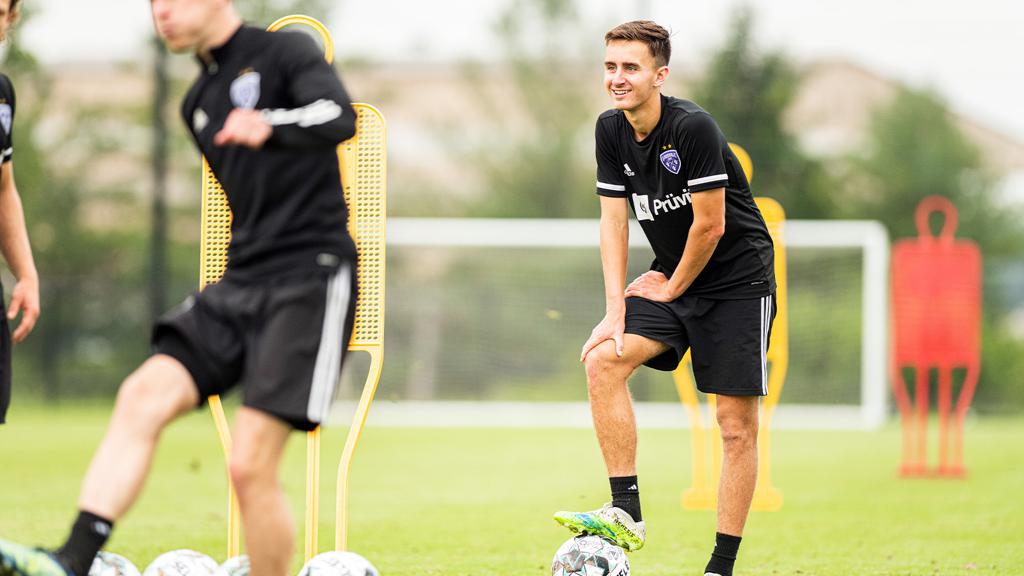 Louisville City FC has signed defender Sebastian Sanchez to a professional deal that includes a college scholarship, the club announced Thursday, continuing to illustrate opportunities provided by its youth academy.

An 18-year-old Ballard High School senior, Sanchez progressed from a USL Academy Contract, which allows players to appear for the first team while preserving their amateur status, to his current agreement pending league and federation approval.

“This is another proud moment for our club and the community,” said LouCity coach Danny Cruz. “Sebastian did an excellent job throughout preseason, while his growth over the last couple has have been a joy to watch.

“The opportunity that he has earned at Tormenta will play another important role in his development. We believe that being there will present new challenges and experiences that will ultimately only make him a better professional.”

Sanchez, the son of LouCity Academy Director Mario Sanchez, frequently featured with the first team throughout preseason games, including a 90-minute shift in a win over the USL Championship’s El Paso Locomotive FC.

At Ballard, Sanchez was a 2021 All-State Selection. He appeared regularly last summer, too, for LouCity’s first USL Academy League squad that went 6-3-1 and boasted a +20 goal differential. Sanchez capped a big year by earning an invitation to the Elite Clubs National League Regional All-Star Game.

“I’m really thankful to be provided this opportunity at LouCity,” Sanchez said. “They’ve really developed us and given us the opportunity to enter the professional world and really prepared us we could be ready when it came time. I hope I can grow as a player on this team because the mentality is always to win here, and I hope to add to that.”

Founded in 1966, Bellevue University is one of the country's top 20 online universities and has nearly 60,000 graduates worldwide. The Nebraska-based institution further invested in the USL after forming a local partnership with League One club Union Omaha that focuses on providing player and front office educational opportunities.

Tormenta FC launched in 2016 in Statesboro, Ga. The club became a founding member of USL League One in 2019 and opened its current season earlier this month with games airing live on ESPN+.

Last week, Tormenta FC also upset the USL Championship’s Charleston Battery in a Second Round Lamar Hunt U.S. Open Cup game. It will continue the competition with a Third Round game against Birmingham Legion FC on April 19.