Eighty invited players will be in town the first week of August. 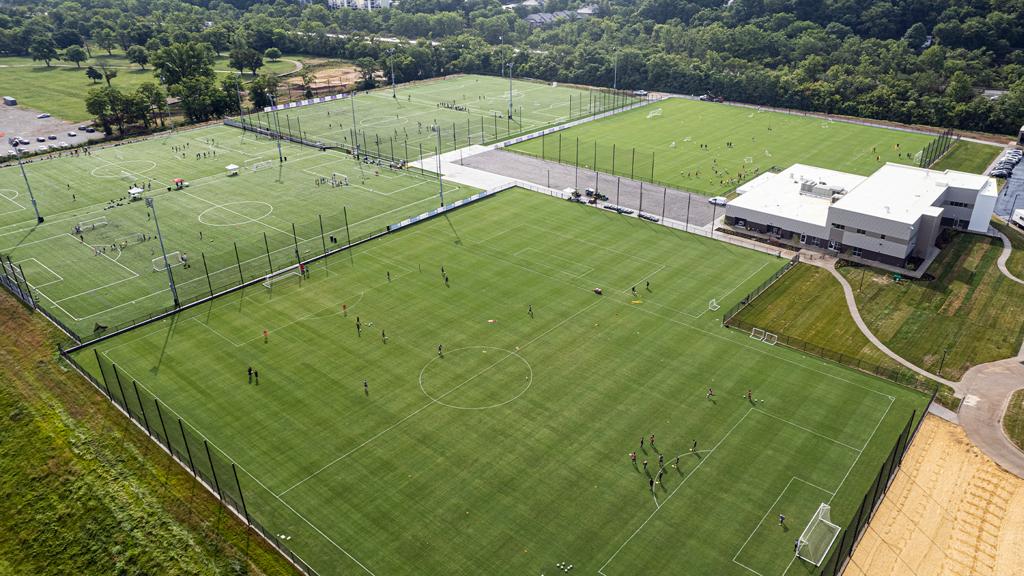 ECNL, the country’s premier youth competition, will bring approximately 80 invited players to National Training Camp, splitting it between 40 top U16 prospects in the country and 40 top U17-U18 prospects. The groups are divided into four teams, each managed by some of the top coaches in the country.

“We are excited and looking forward to hosting the ECNL Boys National Training Center at the Lynn Family Sports Vision & Training Center,” said Mario Sanchez, head of the academy. “This is a great opportunity for our community and club to host some of the country’s top youth players as well as collegiate coaches at our world class facility.  It is a privilege that we can take part in creating a pathway for ECNL players to collegiate or professional soccer.”

The ECNL Boys National Training Camp is an opportunity for top players to train and compete in a “best vs. best” environment, work with some of the country’s top coaches, and see a professional team train and play. Players were selected for the camp based on performances throughout the season with their club and in the ECNL’s National Selection Games, among other recommendations.

Puma and the ECNL cover all costs associated with the camp with the exception of travel. Covered costs include hotel, ground transportation, food, beverage, coaching, facilities and equipment. Puma provides gear for training and off-field apparel.

"The 2022 ECNL Boys National Training Camp will welcome many of the nation's best players and coaches, and will provide fantastic training sessions and match play, great off-field experiences, and valuable individual exposure," said Jason Kutney, ECNL Boys Commissioner.  "We are thrilled to hold the camp at Louisville’s Lynn Family Sports Vision & Training Center, one of America's top soccer facilities, where the players will also get to see a professional match and experience a professional environment."

Louisville’s two professional soccer teams operate side-by-side at the Lynn Family Sports Vision and Training Center, with LouCity competing in the USL Championship and Racing Louisville FC playing in the National Women’s Soccer League. The teams share the $15-million facility with the LouCity and Racing youth academies, which develop more than 1,000 regional soccer prospects ranging from U5s to U19s.