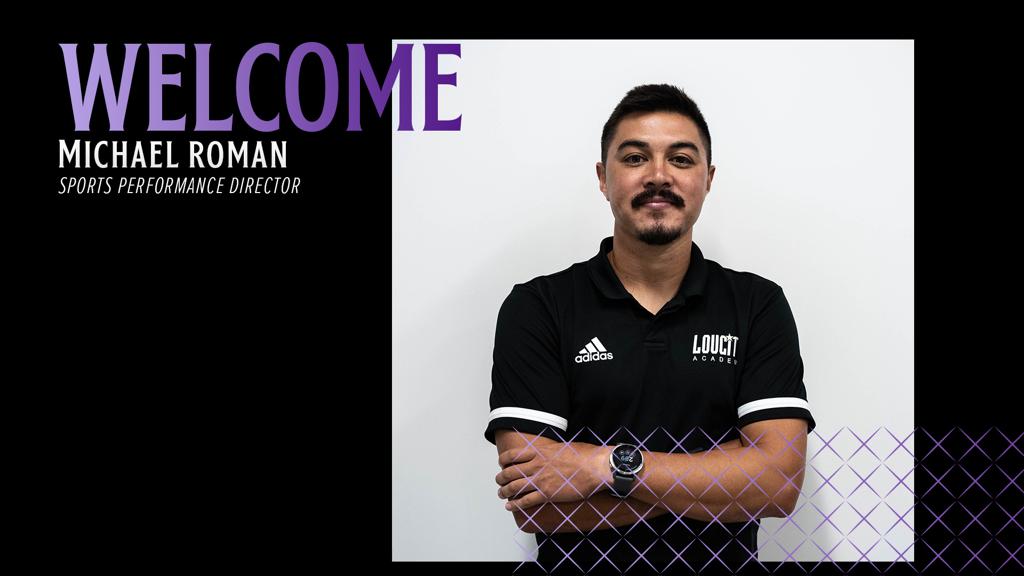 Roman — who holds multiple certifications as a personal trainer and conditioning specialist — moved into his new position after working as a coach for the academy since its inception in 2019.

“As we continue to grow and expand our academy, we are excited to announce a further addition to our full-time staff with the hiring of Michael Roman,” said academy director Mario Sanchez. “In this new role, Michael will be able to provide valuable athletic performance education to our athletes as they continue along our academy pathway.

“Michael’s hiring continues to support the mission of the academy of creating a clear pathway to professional, collegiate and national teams by maximizing our athlete’s potential through best practices, proven process and an aligned culture.”

A USSF C License holder, Roman has coached club and school teams in California and the Louisville area, including the Kentucky Country Day School boys’ soccer program and Oldham Soccer Club. He also owns 91st Minute Training, a sports performance company designed for youth athletes. Roman is a Certified Personal Trainer through the National Academy of Sports Medicine and a Certified Strength and Conditioning Specialist through the National Strength and Conditioning Association.

Before he got into coaching, Roman competed at a high level. He played two years at UCLA and two at U of L, where he ultimately graduated with a sports administration degree. He spent a summer in the LA Galaxy U20 squad and also played three years with his hometown Ventura County Fusion, a USL League 2 squad. He represented the United States at the U15 and U18 levels.

"I'm grateful for the opportunity to continue to grow with the club and am eager to get started,” Roman said. “There's a clear vision set by our leadership, and I'm looking forward to doing my part in helping the academy become the best in the country. My goal is to optimize performance by implementing a strength and conditioning program that prepares our players for the game's demands and, ultimately, a successful transition to the next level.

“I also hope to inspire a lifelong appreciation of health and fitness by providing educational resources to players and their families. There's something special being built here, and I'm proud to be a part of it.”