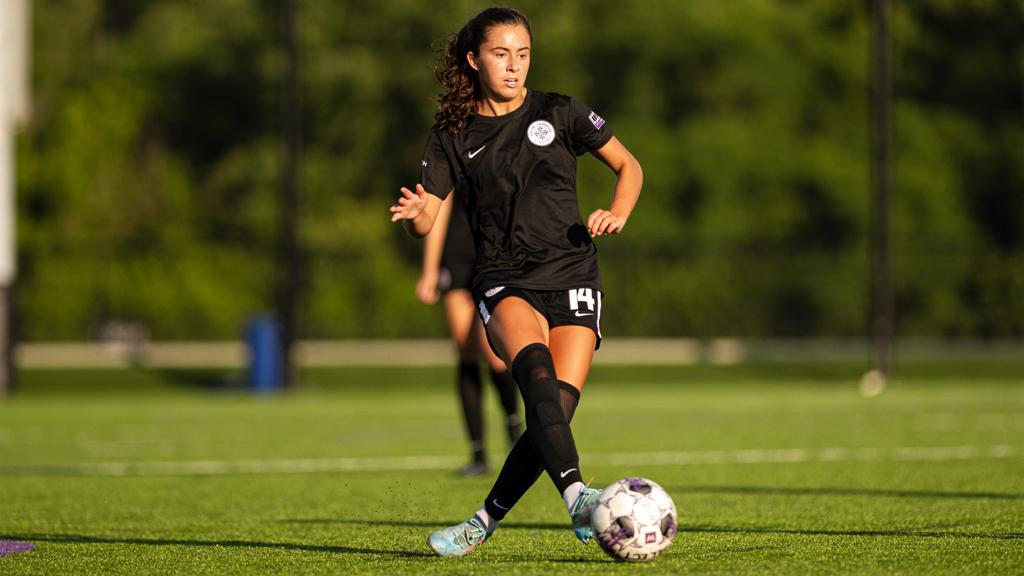 Racing Louisville FC Academy standout Ella Sanchez will take the next step in her blossoming soccer career when representing the United States at the 2022 FIFA U-17 Women's World Cup.

Head coach Natalia Astrain on Thursday listed Sanchez on her final 21-player squad for the tournament that runs from Oct. 11-30 in India, with players born on or after Jan. 1, 2005, age-eligible for this World Cup.

Sanchez, 17, has trained consistently with Racing Louisville’s first team and played over the summer for the club’s USL W League squad in the nation’s premier pre-professional women’s soccer circuit. She was also named the 2021-2022 Kentucky Gatorade Player of the Year after tallying 64 goals and 14 assists for Ballard High School, nudging her high school career totals to 144 goals and 60 assists in three years.

“I always dreamt of just playing for the U.S., so going to the World Cup is just unbelievable,” Sanchez said. “I think being with the Racing Academy has helped me play at my best. Training with Racing and being in the Academy has pushed me to the next level.”

The daughter of Mario Sanchez — who both leads Soccer Holdings’ youth academies and serves as a first team assistant — Ella comes from a soccer family. Her brother, Sebastian, also plays professionally for Louisville City FC after similarly coming through the LouCity Academy.

“What Ella continues to accomplish is truly amazing but not surprising to those who get to see her train and compete on a daily basis,” said Tim Nowak, Racing’s academy director. “Ella puts in so much work and does it in a way that is quiet and humble, but her drive is exceptional.

“I believe that her getting this opportunity and taste of the game at the international level will only stoke her desire and drive to push herself to even higher levels. All of us at the Racing Academy wish her well and can’t wait to follow her at the World Cup.”

The U.S. qualified for its fifth U-17 World Cup after winning the 2022 Concacaf Women’s U-17 Championship last spring. Sanchez, who earned her first U-17 call-up in September, made three starts for the team in matches against 2018 U-17 World Cup winner Spain, along with 2022 UEFA Women’s U-17 champion Germany.

The 2022 World Cup features 16 nations divided into four groups of four teams. The top two finishers in each group advance to the knockout round quarterfinals. All 32 matches of the tournament will take place across three venues in India: Kalinga Stadium in Bhubaneswar on the east coast and Pandit Jawaharlal Nehru Stadium in Goa and DY Patil Stadium in Navi Mumbai, which are located on the west coast.

Knockout rounds will follow, leading up to the final and third-place games on Sunday, Oct. 30.