Academy's Maamry to represent Morocco at U-17 World Cup 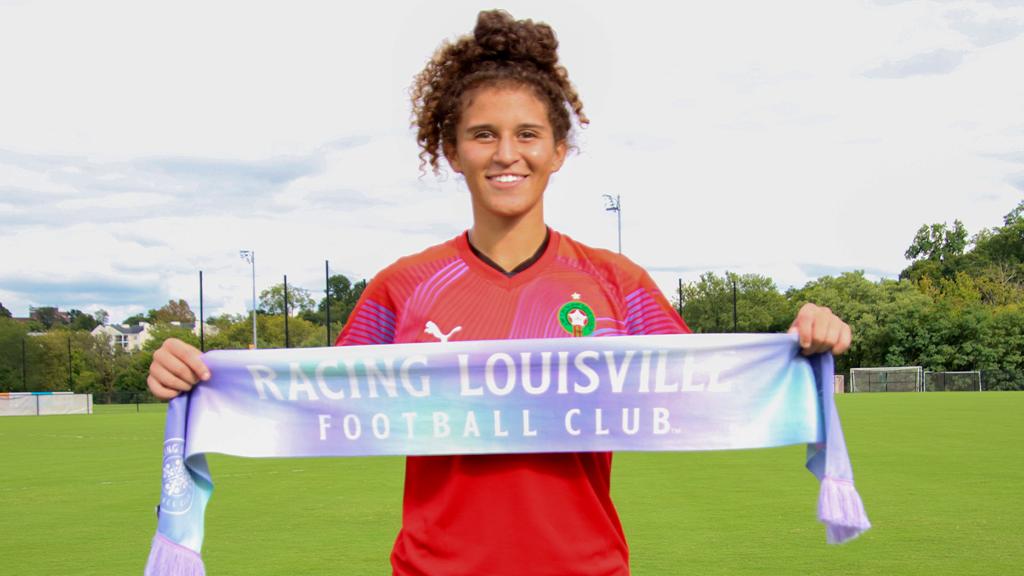 Ameerah Maamry has become the second Racing Louisville FC Academy player called up for the FIFA U-17 Women’s World Cup with the goalkeeper set to join Morocco for the Oct. 11-30 tournament in India.

Maamry joins midfielder Ella Sanchez, who will represent the United States. The U.S. and Morocco both drew into the tournament’s Group A, meaning a meeting between Sanchez and Maamry is scheduled for Oct. 17.

“It is going to be very fun for both of us,” said Maamry, who’s from Louisville but has family ties to Morocco. “It will be a great way for us to compete and represent Racing Louisville on the world stage.”

“I think it’s super cool to even have someone else sharing that experience with me,” Sanchez added. “I think that since we’re from the same club and the same age, it will be really cool to play together and against each other.”

Maamry has received multiple call-ups to Morocco’s U-17 team leading up to this opportunity. She also made her USL W-League debut July 9 in a 3-0 victory over Flint City AFC. The W-League is the nation's premier pre-professional women's circuit.

“Ameerah is an individual that has shown great commitment to her training and development,” said Tim Nowak, director of the Racing Academy. “It is no surprise that she has earned this opportunity to represent Morocco at the U-17 World Cup. We are so proud of her, and I know that she will be a great representative for the academy.”

This marks Morocco’s first U-17 World Cup. Morocco qualified by defeating Ghana, 4-2, in a penalty kick shootout during the 2022 African U-17 Women’s World Cup Qualifying Tournament in June.

In addition to a showdown with the U.S., Morocco plays Brazil on Oct. 11 and India on Oct. 14 to begin group stage play. The top-two sides from each group advance to the knockout rounds.

“This is an amazing opportunity to have,” Maamry said. “I feel really blessed to have it and get to play at such a high level with such a great team. My development path wouldn’t have been the same if I wasn’t here. It brought me to the level where I am playing today. Without the training and the coaching staff I had, I don’t think I’d be the player I am today.”