Sanchez appeared twice as the Americans advanced to the knockout stage. 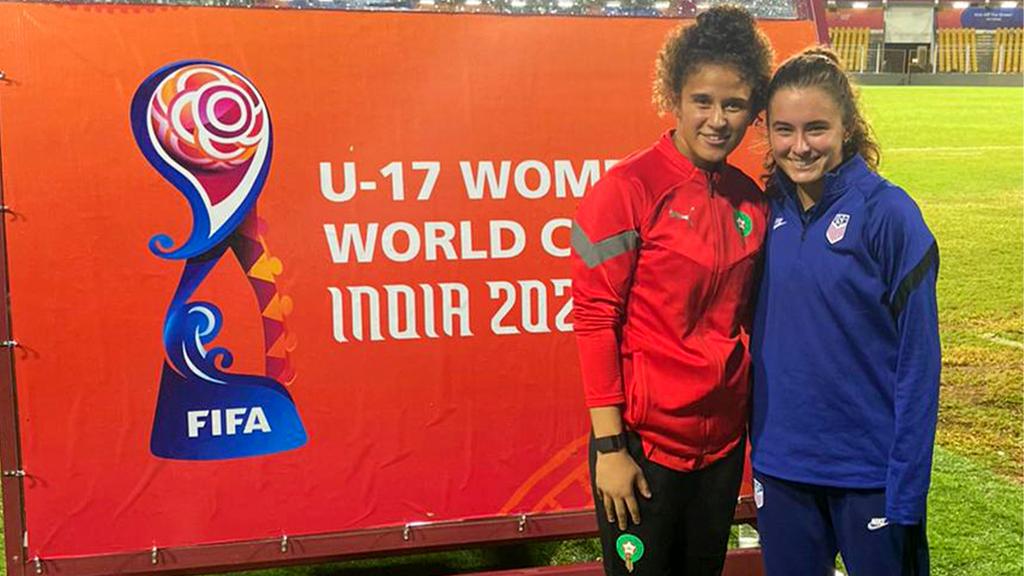 Along the way, Sanchez saw a familiar face in fellow Racing Academy member Ammerah Maamry, who has served as a reserve goalkeeper for Morocco. The two sides met one another Monday in India, where the U.S. won by a 4-0 score.

The red, white and blue topped Group A with a 2-0-1 record. Brazil also advanced to knockout play, finishing second with the same record as the U.S. on goal differential. Maamry and Morocco were third at 1-2-0.

Sanchez — believed to be U.S. Soccer’s first World Cup call-up from Kentucky across any age group — came on in the 81st minute Oct. 11 of an 8-0 American win over host nation India. She then played the entire second half in the Morocco victory.

Next for the U.S. is a matchup with Group B runner-up Nigeria. The game kicks off at 7 a.m. ET Friday and will air live on FS2.

The World Cup runs through Oct. 30, when the final and third-place games will be played. The Americans are in pursuit of their first U-17 Women’s title.