A national search will open to find the club's next U8-U10 director. 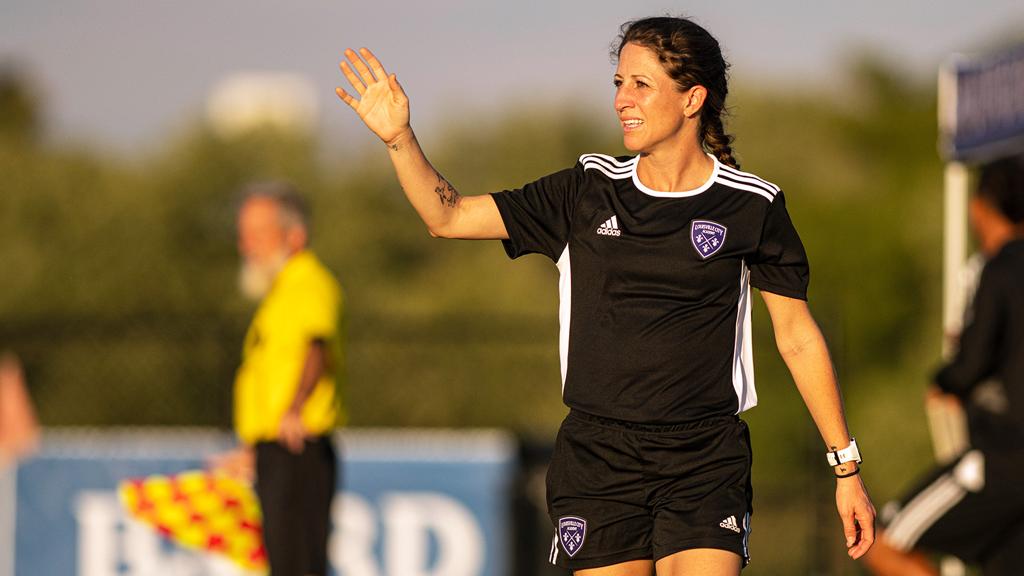 After serving for the past two years as the LouCity and Racing Academy’s U8-U10 Academy Director, Kincaid Schmidt will leave her role effective Dec. 1 to further her career as a coach educator elsewhere, plus spend more time with her family.

During her time in Louisville, Schmidt has transformed and expanded the academy’s youth programming to include new age groups. She also led Racing’s inaugural W League squad in 2022 as head coach during premier pre-professional circuit’s inaugural season.

“This decision is bittersweet for me,” Schmidt said. “Under the guidance and mentorship of James O’Connor and Mario Sanchez, and in partnership with my incredible colleagues in the academy, I have had one of the most fulfilling experiences of my career working at this club and for this community. This was possible because of the unique culture here at LouCity/Racing.”

“We are so lucky that we have had Kincaid on our team,” Sanchez added. “She has created a great environment for our players and our coaches to grow and excel. The academy program is in a great place now due to Kincaid’s service and leadership to our families and coaching staff.”

Schmidt will continue with her duties through November. Starting Dec. 1, Louisville native Kiley Polk — an academy coach who also worked on Racing’s W League staff — will serve as the interim U8-U10 director while continuing to lead those age groups at the club's Oldham branch. The club will conduct a national search for a permanent replacement.

“I am deeply grateful to have been trusted with the leadership of the club’s foundation,” Schmidt said, “and it’s been my pleasure to serve the development of players and coaches within the Louisville community. I have learned so much in my time here, and I’m looking forward to supporting the club from afar as a lifelong fan.”

Schmidt arrived to Louisville as a USSF A License holder who worked previously as the Colorado Rapids’ U19 Girls Select head coach as well as the assistant coach for the Rapids’ unbeaten WPSL team in 2020. Before her coaching career took off, the Florida native played from 2004-2007 at IMG Academy before captaining Division II Flagler College in her home state.

“Kincaid has created a great foundation for the entire club,” Sanchez said. “We will be forever thankful for her time with us.”